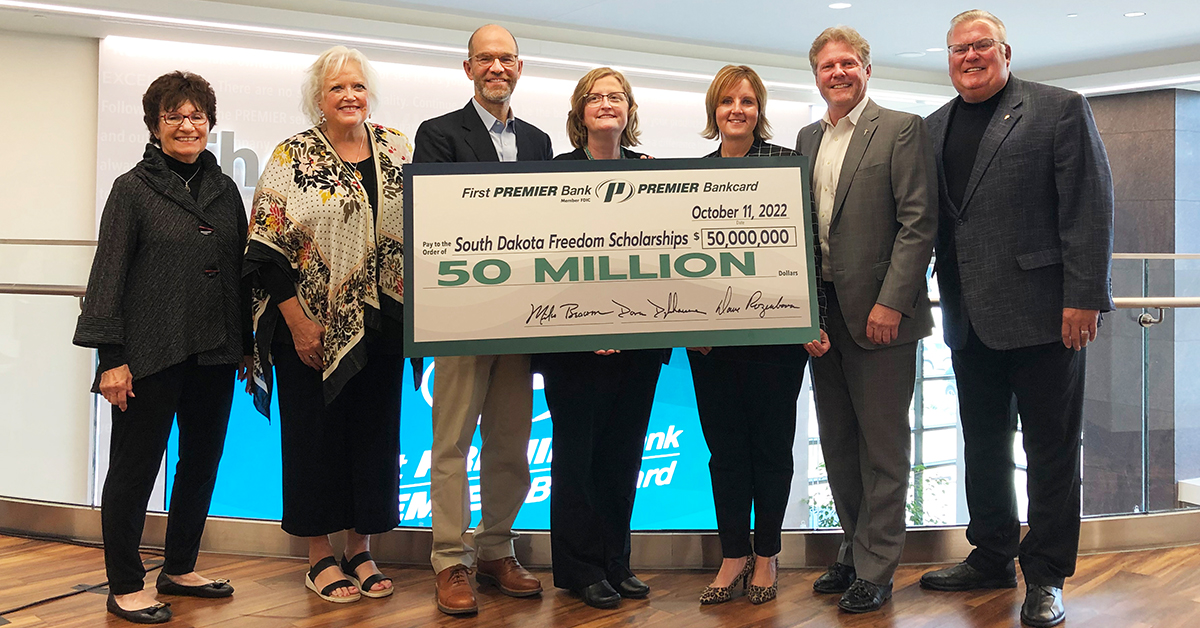 First PREMIER Bank and PREMIER Bankcard are adding another $50 million to the Freedom Scholarship endowment, South Dakota’s first public/private partnership for a needs-based scholarship. The announcement comes nearly two years after PREMIER’s initial gift of $100 million to launch the initiative.

First PREMIER Bank CEO Dana Dykhouse, who also serves on the Freedom Scholarship Board of Directors, said the program has been a tremendous success.

“About 1,276 students accepted Freedom Scholarships during its first year,” Dykhouse said. “The awards ranged from $1,500 to $5,000 and each allowed a South Dakota student to pursue his or her dreams. It truly made a difference in the lives of many, and I could not be prouder of the organizations that stepped up and made this program happen.”

“This scholarship has allowed me to have a lot more financial freedom and is very amazing because it helps more than just Sioux Falls – it’s the community of South Dakota,” said SDSU student and Sioux Falls Washington graduate Merci Arbach. “I don’t actually have words to express my gratitude other than thank you,” Arbach added.

The scholarship endowment has reached $225 million with additional gifts from Avera Health, Sanford Health and the State of South Dakota. The funds are managed by the South Dakota Community Foundation and the Freedom Scholarship Board of Directors. Students or parents interested in learning more should visit freedomscholarshipsd.com or talk to one of the 11 participating South Dakota colleges and universities.